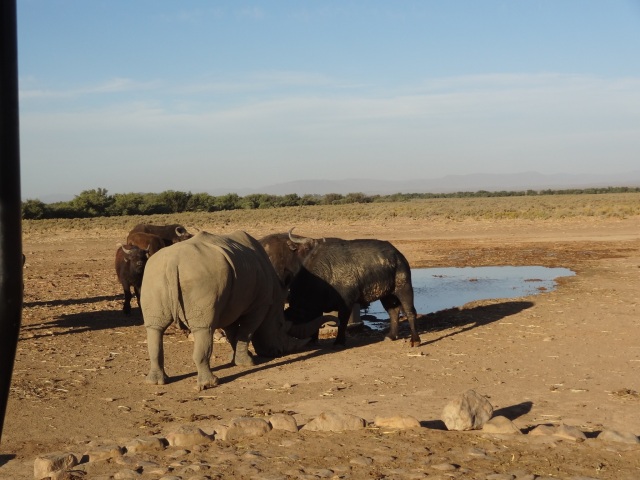 I could drone and drool over last week’s combined business and vacation trip to South Africa for a long, long time 🙂 And there will be one or two stories coming – not for the bragging rights, but because we learned some important things that I do belive deserve to be shared with as big an audience as possible in their own right.

Above are two “different kinds” enjoying each other’s company with a bit of friendly headbutting. At the conference I was at, Western Cape Premier Helen Zille made a very good keynote at the gala dinner event – among other things highlighting that some parts of the world, despite seemingly big divides actually have come a long way in embracing diversity.

Her main example was that had he chosen to run for election for whatever office in his ancestral Kenya, Barack Obama would have come nowhere near succeeding. The tribe or ethnical minority his family springs from simply is not in that kind of favour. And yet he was reelected to President of the United States – so in spite of harsh campaigns, the US has a solid democracy that has come quite far along the road to being for all its people. Something for, as Helen Zille said, the adolescent South African democracy to strive for, too.

The mental prompt to take offset in diversity came from this, fairly diverse, list of music: